Before listing out the deadliest (literally) events of human history, it is important to know that a war is an armed hostile conflict between nations or states. Having defined that, one would wonder why dig out those ugly skeletons of the past again. It is because war is one activity that mankind has been known to be involved in since its very existence. The present world and its political scenario is the product of many such wars. In this list, we are going to look at the 10 worst war situations that have risen in human history.

The Russian Civil War was a war between States led by the Red Army of Bolsheviks on one side and the White Army on the other side. The White Army consisted of allies who came together against the Red Army.

The war that began in the November of 1917 went on for the next 5 years approximately claiming a minimum of half a million lives according to the incomplete records. The Red Army had claimed victory in the areas of Russia, Ukraine, Belarus, South Caucasus, Central Asia, Tuva and Mongolia by the time the war ended but the most significant outcome of this war was the establishment of the Soviet Union and the Independence of Finland, Estonia, Latvia, Lithuania and Poland.

Apart from the number of lives it claimed, the Russian Civil War is on the tenth slot of this list because it paved the way for the rise of Stalin, which was an integral outgrowth of World War One.

Also known as the Great War of Africa, this war is most shameful for human kind because of its use of rape as a weapon in war. This war went on for around 4 years between 1998 and 2003 and resulted in 2.7 to 5.4 million deaths. The remarkable difference between this war and the others on this list is that because of its recent occurrence and involvement of nine African countries, hostility of this war is still prevalent among nations. The indirect victims of this war outnumber the direct deaths. Malnutrition and diseases haunted the lands for a very long time and still do in some parts of Africa.

Religion has often proved to be the cause of mass conflicts. This became the reason behind the Dungan Revolt of ethnic and religious disagreements. The Muslim ethnic groups of China rose up in revolt on a pricing dispute over bamboo poles which a Han was selling to a Hui who refused to pay the amount asked. This bamboo pricing dispute proved to be one of the costliest disputes in the history of the world causing 8 to 12 million lives between 1862 and 1877.

This revolt resulted in major emigration of Dungan people to Kazakhstan, Kyrgyzstan and Imperial Russia.

The rebellion against the Tang Dynasty of China in the 17th century is yet another devastating event that took 13 million lives to settle down. This is when An-Lushan, a General, forcefully established his dictatorship over Northern China to oppose Tang Empire. Although the Tang dynasty was able to eventually defeat Yan, it was enormously weakened after this rebellion. Place of occurrence: Europe, Africa, the Middle East, The Pacific Islands, China and off the coast of North and South America

Some might be surprised to see the First World War on sixth position in this list but the sad reality based on facts and figures derived is that some nations of the world which are yet to come in the list have faced greater hostility and seen much worse than WW1.

The WW1 or The Great War was fought for approximately 4 years between 1914 and 1918 and claimed almost 10 million lives. Interestingly, the war was set-off due to an assassin’s coincidental success in killing the heir to Austro-Hungarian throne and the system of military alliances plunged the main European Powers in to the fight. The result of this historic war was an allied victory consisting of the end of German, Russian, Ottoman and Austro-Hungarian empires and the formation of new countries within Europe and The Middle East. The popular League of Nations was also founded as a result of the Paris Peace Conference that ended the WW1.

However, it is a different story how this supposed peace treaty failed miserably and led to the up rise of another World War.

Stretching for an period of 14years i.e. from 1850 to 1864 this rebellion was of the Qing Dynasty against the Taiping Heavenly Kingdom.

Ironically,Hong Xiuquan who claimed to be the younger brother of Jesus Christ  led this rebellion which claimed more than 20 million lives and is said to be one of the deadliest military conflicts in the history of the world.

The Qing Dynasty saw victory in this war but only at the cost of 20 million lives of civilians and soldiers.

Place of occurrence: China (no points for guessing)

Yet again the country that is emerging as a world power today saw one of the bloodiest wars between the Qing Dynasty and the Ming Dynasty. This conquest takes up 65 years of the Chinese history between 1618 and 1685. Though the exact number of lives claimed in this war is unknown, it is estimated to be somewhere around an astounding 25 million.

Taking the third slot on this list, the Mongolian Conquest is one of the deadliest wars in the history of times. It is said that the Mongol conquests in Europe is seen as one of the most hostile of its kind till date. Apart from covering the largest conquered area ever (almost 20% of the earth’s land), the Mongol conquest took in its course almost 30 to 60 million lives shaking Eurasia to its roots. According to a legend related to the Mongolian Army’s bloodthirsty history,it is believed that around 1,00,000 Chinese committed mass suicide just to avoid being killed by the Mongolians.The Mongols are evidently the epic villains of all times.

Many might have heard of this one but not many would be aware that it is recorded as one of the most fatal conquests in the world’s history.It is pointed out that the Indian subcontinent population decreased by 80 million between 1000 (conquest of Afghanistan) and 1525 (end of Delhi Sultanate).This conquest went on for most of the 13th and 16th century which maybe one reason for it to be as lethal as it got. 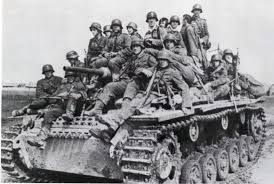 The obvious winner of this deadly list is the Second World War which has proven to be the worst of all wars the world has ever seen. It is not just the number of lives it claimed in its course but the marks it left on most nations of the world that makes it truly deadly. The damage this war did to the world in general is much greater than the reason why it took place in the first place.

Apart from wiping away entire Japanese cities of Hiroshima and Nagasaki by the American atomic bombs(which also opened the Nuclear Age) this war resulted in 50 to 85 million fatalities, the highest number till date. It is said that World War II was ‘total war’ i.e. every person, every business, every service of the fighting countries was involved leaving no distinction between civil and military resources. WW2 had more far reaching consequences than any other war in history disrupting life and property at a very large scale. The downfall of Western Europe as the center of world power and the rise of Soviet Union were the two significant consequences of this event apart from the major outcome of the setting up of the United Nations.